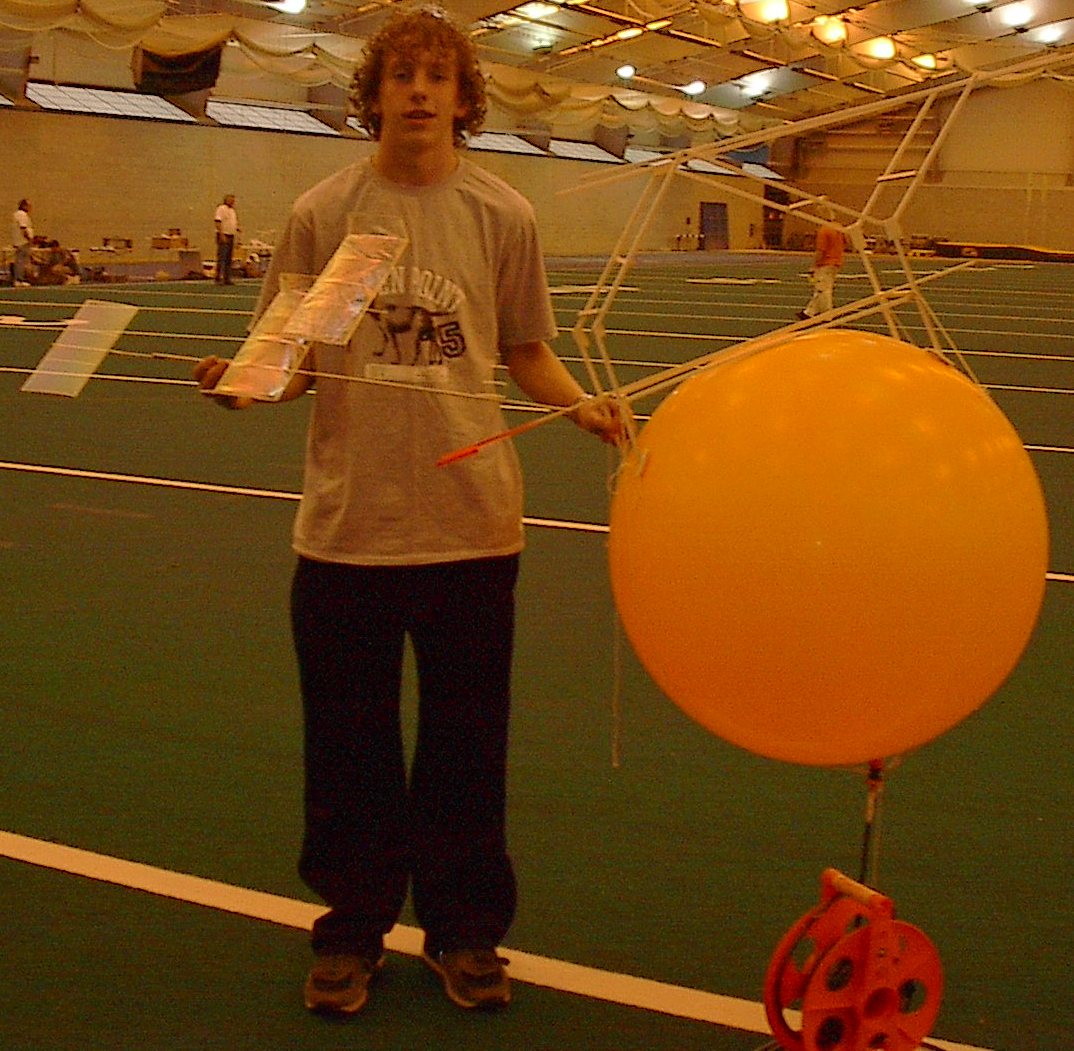 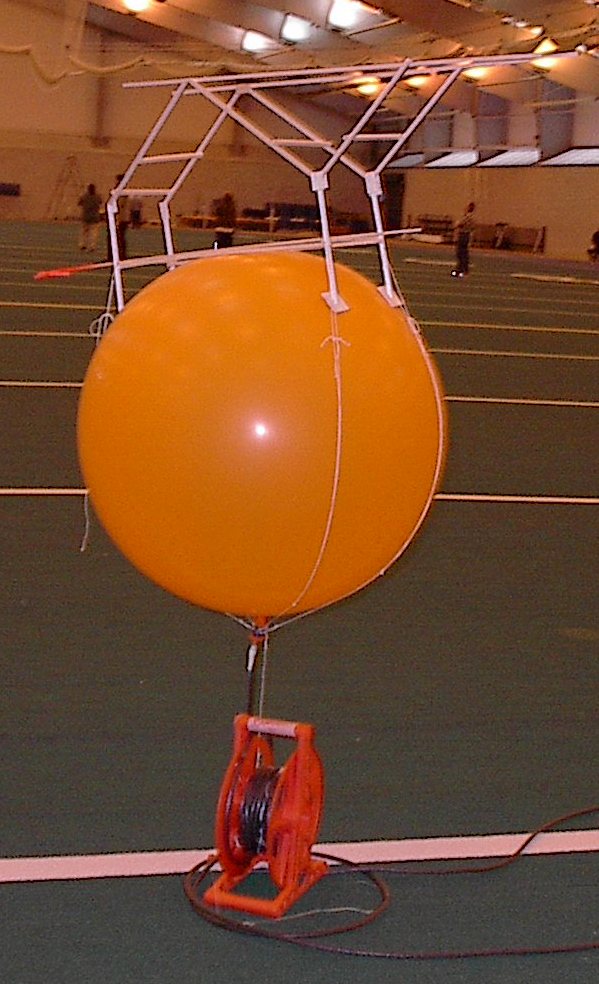 In 2007, when I was in Kent, Ohio, I met Garrett Gustafson, an eighth grade student in middle school in Clardon, Ohio. I not only was impressed with his glider and its performance, but also with the balloon rack mechanism. If you take a good look at the balloon and rack, you can see the strings are used to properly position the rack on the balloon so that the plane will exit the balloon with its nose in an upward position, not pointing downward. He also had a red arrow that could be seen from below, so he could tell which direction the plane would be heading when launched. The plane sits high enough above the balloon, that the changing air pressure doesn't pull the glider's nose down at launch. I thought the cord storage system was very well designed.